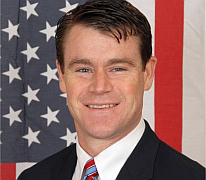 “These agreements between Israel, the UAE, and Bahrain mark a historic step forward toward peace and stability in the Middle East,” said Senator Young. “These diplomatic achievements will expand economic opportunity, security partnerships, and work to counter the world’s leading state sponsor of terror – Iran. The U.S. stands by our friends and allies in Israel and we are glad to see the UAE and Bahrain do the same.”

A member of the Senate Foreign Relations Committee, Senator Young is leading a Senate resolution praising the historic agreements between Israel, the UAE, and Bahrain along with Senators Lindsey Graham (R-S.C.), Bob Menendez (D-N.J.), and Ben Cardin (D-Md.).

The Senate resolution:
• Congratulates the Governments and people of Israel and the UAE on reaching this historic agreement.
• Encourages other Arab nations to establish full relations with Israel with the vision of realizing full peace between Israel and all of its Arab neighbors.
• Reaffirms its strong support for a negotiated solution to the Israeli-Palestinian conflict resulting in two states—a democratic Jewish State of Israel and a viable, democratic Palestinian state—living side-by-side in peace, security, and mutual recognition