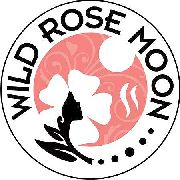 On two Fridays every month from September through December, Wild Rose Moon’s streaming program, Moonlight, will feature one of eight local or regional songwriters, storytellers, or poets. Each show will contain an in-depth interview by host, John Bahler, and performances of original work by the featured guest. The shows are engineered using Mevo technology, so they can be produced with the look of multi-camera switched shots. Moonlight is streamed live at 7 p.m. and at 8 p.m., and each half-hour show features different material from the selected artist. The show is available through the Facebook portal at www.wildrosemoon.com.

Producer Jim Yocom says, “We wanted a program that would help encourage the development of creative talent over a variety of different areas. Interns, volunteers, and independent contractors learn how to set up a schedule of performers, contact them in advance, prepare for interviews, engineer sound, learn camera shots and switching, write reviews of the programs, write press releases, interface with social media and develop long-term strategies for improving and marketing the project.”

To kick off the new series, Duncan Mitchel, a poet, born in Bremen and raised in Plymouth, will take the mic on Friday, September 11th. The show will be streaming live, as mentioned, at 7 pm, and again at 8. Mitchel will respond to questions concerning his writing biography and the creative inspiration behind his poetry. Following Mitchel, Moonlight will be featuring seven more talents at the same time every other Friday for the remainder of the year. These creative guests include:

Doug Hammond, a successful, published singer and songwriter, will be performing original work on September 25th. Hammond has produced a number of songs online and has served at Wild Rose Moon as an Open Mic host for the past two years.

October’s schedule will begin with singer/songwriter Patti Shaffner from Miller Beach on the 9th. Shaffner has been involved in the arts for over 25 years. She has an extensive performance resume including work in theater, with legendary bands, and is a prize-winning songwriter.

The second program for the month of October, on the 23rd, will feature Dan Breen, a published poet and founder and editor of PAN-O-PLY Story & Art Michiana, a creative arts online magazine based in South Bend. PAN-O-PLY solicits work from area writers and visual artists from throughout the region and beyond and has sponsored fund-raisers for local charities.

Cindy Boener, is well-known as an area pianist, harpist, and composer. She will perform her original work on November 6th. Cindy’s work was featured last year at Wild Rose Moon as part of Marcia Heintzberger’s dance/theater performance, Layers.
Dylan Hall will perform for Moonlight on November 20th. Hall is a noted Plymouth based singer/songwriter, who has often participated in Wild Rose Moon’s Open Mic Nights and can often be heard sharing his tunes in River Park Square.

Bruce Wakeland will be performing on December 4th. Wakeland is a retired forester for the state of Indiana who has turned his woodland exploration into a wonderful second career of storytelling. Bruce got part of his start at Wild Rose Moon and now tells all over the state and well beyond.

Cindy Davis is a retired English professor, writer, and hypnotherapist, and is also an accomplished poet. She will be discussing and reading from the Transcendentalist Movement of American Poetry on December 18th. The work she will be discussing is that of writers whose work held influence during the abolitionist movement and who were deeply affected by natural philosophies emanating from Buddhist and Hindu texts.

Moonlight is produced by Ryan Mear, Mevo operator, voiceover talent, musician and sound engineer who has dedicated himself to creating a fantastic show for the public eyes and ears. He is joined by John Bahler, mentioned earlier, who in addition to producing the show interviews talent is the composer of the show’s theme song. The executive producer of Moonlight, Jim Yocom, coordinates media for the show and works in collaboration with managing producer George Schricker and IUSB Intern and associate producer Catherine Degucz. Howard Gibbs manages the stage while Matthew Bergmoser creates high quality photography and videography to share with Moonlight’s online audience. Hospitality for guests at The Moon is managed by Jennifer Read.

Further information on Moonlight’s schedule, access to recordings and live streams, and opportunities to get involved with Wild Rose Moon’s many other endeavors can be found at www.wildrosemoon.com