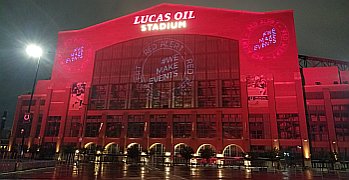 Event venues in more than 50 cities in the United States participated in a #RedAlertRESTART Day of Action on Tuesday night in support of U.S. Senator Todd Young’s RESTART Act. In Indiana, dozens of entertainment venues lit their buildings with red lights to encourage passage of the legislation. 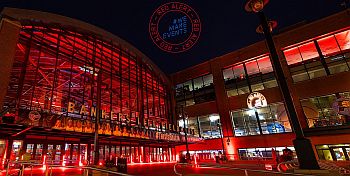 The RESTART Act, co-authored by Senator Young (R-Ind.) and Senator Michael Bennet (D-Colo.), would provide a long-term, partially forgivable working capital loan based on revenue decline for the businesses hit hardest by the COVID-19 pandemic and government-mandated closures. The entertainment industry has been hit particularly hard. Wemakeevents.org, which organized the demonstration, says 96 percent of companies in the live event industry, many of which are small businesses, have been forced to cut staff.

“Tuesday night’s show of support comes at a critical time for Hoosier businesses that have been sidelined by the pandemic,” Senator Young said. “In the coming days, we will have the opportunity to pass legislation to provide real relief for employers and workers who are hurting through no fault of their own. If we fail to act, these venues could close permanently, taking with them thousands of jobs.”