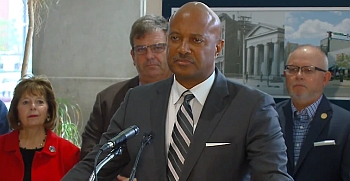 Attorney General Curtis Hill released the following statement in response to lawsuits filed against the Trump administration by other states’ attorneys general alleging that ongoing changes at the U.S. Postal Service would hinder mail-in balloting in upcoming elections:
“The idea that federal courts can reverse decades of bureaucratic failure at the Postal Service is nonsense, and lawsuits demanding as much — particularly where the Postal Service has already suspended the changes complained of — show a profound ignorance of our system of government and the proper role of a state attorney general.
“The lawsuits are predicated on expanded rights to cast mail-in ballots during the pandemic, which Indiana has not granted. And the states that have done so knew about problems with the Postal Service before they chose to expand mail-in voting. If those states are suddenly concerned about potential post office failures, they should encourage and focus on in-person voting or permit ballots to be returned by FedEx or hand delivery.
“This is yet another example of activists attempting to enact their preferred policies through the courts and should be soundly rejected.”