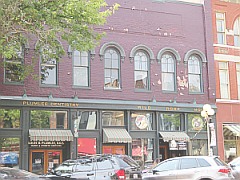 George Schricker owns the building at 113 & 115 North Michigan Street in downtown Plymouth. He told the council that Morris and Sons Roofing in Bourbon put a new roof on the front part of the building with a 20 year guarantee.  He said it’s been about 35 years since the roofs on the back additions have been replaced and he would like to have Morris come back and do the two back roofs. 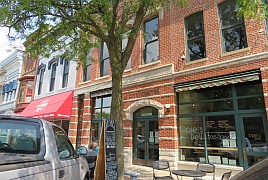 The second request for a Commercial Revitalization Rebate program grant was Jim Vinall who owns the City Center building at 114 North Michigan Street.  Vinall would like to use the second story portion of his building as a gathering space but because of the limitation of exits from the second floor he hasn’t been able to.   On Monday evening he told the council he would like to place a steel stairway on the backside of the building.

The total cost including masonry work that has already been completed was $11,264.80.  Vinall said he was able to get a mason from the REES project to complete the required work.  He said getting finding one to do a small project proved difficult so when he was able to get one working down the street he did it.