Rockie auction is full steam ahead 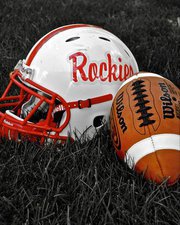 PLYMOUTH – While there are still a lot of questions to be answered and concerns to be addressed, it remains full speed ahead for fall school supported athletics, and Plymouth’s Rockie football team has been hard at work preparing for the new year, in a socially responsible way.
On Friday, July 24 beginning at 9 a.m. WTCA radio (FM-106.1/AM-1050) will hold its annual radio auction fundraiser for the team in preparation for the coming year.
“My boys grew up in the youth program most of their lives,” said Rockie Team Mom Ashley Garcia, one of the organizers of the event said. “If I can be Team Mom’ and give back some of that I’m happy to do it.”
This year will also involve some of Garcia’s expertise as the Administrator of the Marshall County Health Department as the entire world continues to deal with the COVID-19 outbreak with local health departments at the front of the efforts.
Staying safe for those donating time to work the auction is at the forefront. Normally it’s close quarters at the WTCA studios with many volunteers and team Moms helping with the logistics. This year it will be a pared-down crew.
“This weekend I have to do what amounts to an essential worker analysis,” she said. “I’m going to do what I can to separate the phones as much as possible because it can be difficult to communicate at times with a mask so we will have to be sure of keeping everybody a safe distance away.”
“I also have to thank John Reed who takes time out of his schedule to take care of all our technology needs,” she said. “Hopefully, that helps us. We started using some new things last year and it made things more efficient.”
More items for auction are needed for Friday’s fundraiser.
“We are accepting any kind of donations,” said Garcia. “We would like to have kids bikes again that was very popular a year ago and any type of kids toys, sports gear, sports apparel, we are happy to get any items that are going to help us raise the money we need.”
Other than coaches’ salaries and in some cases, some transportation costs, local high school athletic departments are not recipients of school tax dollars but exist in the most part due to fundraisers and donations. The WTCA auction is one of Plymouth football’s two fundraisers.
“Football will go on whether it’s in the fall or not so the monetary need will be there at one point or another,” said Garcia. “Coach (John) Barron is very positive that the year will go as planned and we are all excited to see that happen.”
“We have two major fundraisers,” she said. “The auction is one and in August there is the now-famous ‘pulled pork sandwich’ fundraiser and between those two we hope to raise the money to help the football program.”
The money raised goes to many parts of the program, equipment needs – which can be very costly, a bonding weekend trip for every senior class, and the biggest expense, being sure that all players in the program be it, freshman, JV or varsity, have a sack lunch for the bus ride home from an away game.
“They travel as far as East Chicago and might not get home to have a snack or meal after school and they might not have a chance to get anything before they get home,” said Garcia. ‘The team Mom has taken the responsibility to arrange parents to provide food items and water or a sports drink for the team road trips and that can get very expensive. The football team prides itself on being able to reimburse the parents for the cost of those items. We put limits on it, it’s not gourmet catering it’s something like an Arby’s or something like that to just give them something until they get home.”
“All of the fundraising money we get for the football team goes to the football team,” said Garcia. “There are other fundraisers at the school that go to a collective fund and teams can take out of that what they need.
The football program is self-sufficient as it comes to the money we raise for the team.”
“We know that the economy has suffered and in trying times like this it seems like people are even more generous,” she said. “This is a great way to help out.”
Starting Monday WTCA will take calls from those interested in participating in the auction to get themselves a bid number to expedite the process on auction day. You can call the station during normal business hours 574-936-4096 to choose your own bid number and then listen on Friday starting at 9 a.m. to place your bids and help Plymouth Rockie football.