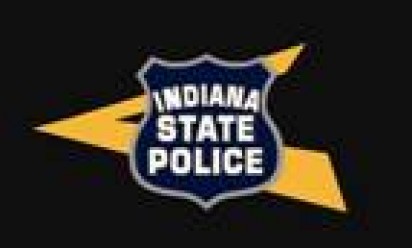 Recently Indiana State Police First Sergeant Gary Coffie reached an amazing career milestone of 40 years with the Indiana State Police.
First Sergeant Coffie moved from Kankakee, IL to become a member of the 39th Indiana State Police Recruit Academy, graduating on July 6, 1980. Coffie was assigned to the Ligonier Post where he patrolled Noble County until the closure of the Ligonier Post in 1982. After the closure, Coffie was assigned to the brand new Bremen Post where he was assigned to patrol Elkhart County.
Beginning in 1983 Coffie spent a year in undercover drug investigations before going back to road patrol in 1984. Over the past four decades, Coffie has been promoted several times. In 1985 he was promoted to Corporal at the Bremen Post where he served until his promotion to Squad Sergeant in 1989. Over several years, Coffie supervised troopers in Elkhart and St. Joseph County. Coffie was ultimately promoted to serve as the First Sergeant at the Bremen Post in 2011, where he continues to serve.
During his tenure with the Indiana State Police, Coffie has served as a Field Training Officer (FTO), Field Training Officer Coordinator (FTOC), and a Hostage Crisis Negotiator (HCN), where he served as team leader from 1995-2010. Coffie has been a fixture at the Indiana State Fair, where he worked twenty two years in a row.
When asked about a favorite moment so far, Coffie says, “It is all good. There is never a dull moment. There’s a lot of good in this department and good people in the community.”