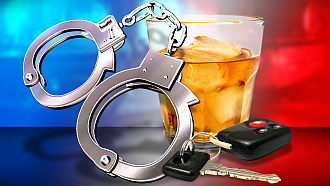 On Friday, June 5th at 3:28 A.M. Marshall County Sheriff’s Deputy Wozniak initiated a traffic stop on a 1996 Pontiac in the area of US 6 and US 31. The driver of the vehicle identified as 25 year old, Blake A. Spindler of Bremen was found to be operating with a suspended licenses with a prior charge. He was also found to be under the influence of alcohol. Mr. Spindler refused a certified test and was transported to St. Joseph Regional Hospital where a search warrant was drafted and signed by a judge. His certified blood alcohol showed to be over the legal limit. Spindler was transported to the Marshall County Jail and held on charges of Operating a Vehicle with a BAC of .08 or more, Operating a Vehicle While Intoxicated Endangering and Driving While Suspended – Prior with bond set a $1,505.