Ceremony in Argos blends all ages in honor guard 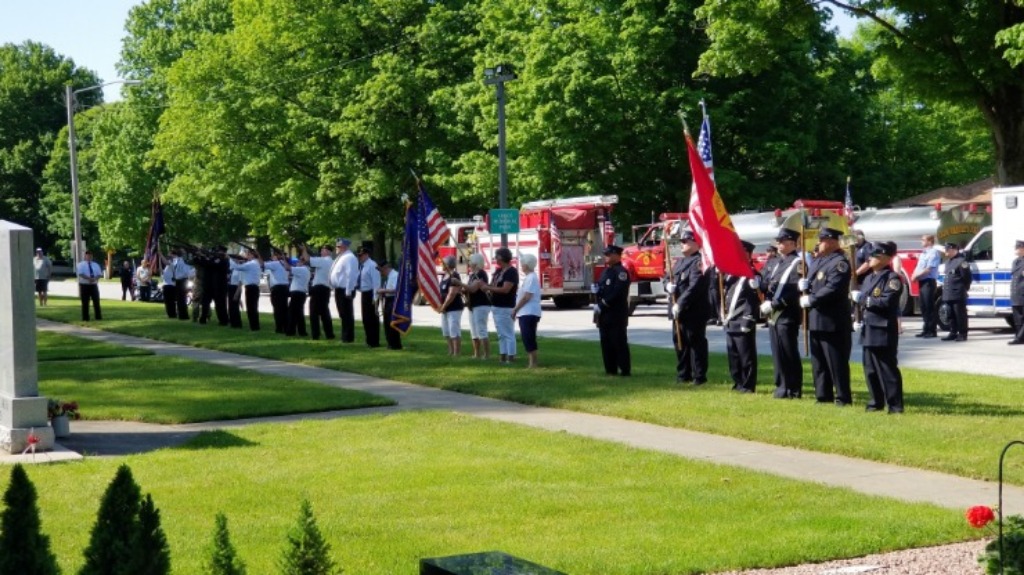 ARGOS – In spite of COVID-19 Argos was determined to celebrate the sacrifice of those who have served their community and America.

While certain traditions were bypassed such as a lunch, and other events that would normally have been a part of the ceremonies due to the coronavirus.
That didn’t stop veterans of all ages and times celebrating their comrades and others who made the ultimate sacrifice for their country.
One such soldier was Ray Powers
“I served in the second world war,” he said. “I was stationed in the South Pacific for 26 months and I was lucky enough I didn’t have to be in any fighting. I served on a landing craft for the whole time I was overseas.”
Even without action Powers lost friends during his service and was happy to honor their service.
“It means a lot really,” he said. “I lost some friends but not in battle. This is for them.”
“I was in the navy from 1967-71. We were in Vietnam twice,” said Wade O’Dell. “I was on a carrier so it was different than on the ground. I was on the flight deck. It was a good four years but I didn’t want to stay any longer.”
“Today is important,” he said. “Honoring the ones who didn’t make it.”
Another vet during the Vietnam era who was stationed in Guam was also happy to honor those who gave their lives.
“I wasn’t in country,” said Fred Shriber. “I was a short duty sailor. This is about honoring the veterans.”
The service at Argos included veterans from all eras of service including Trey Devos who is on duty currently at Camp Humphrey in South Korea, at one of the hot spots in the world, and home for a bereavement leave.
“It’s different (being on the front line in South Korea). There’s fun but there are times you just have to get the job done,” he said. “I’m a little further back we have a couple of bases closer but if something happens we are right there.”
“I grew up watching my uncle (in the army) and I grew up watching him lose friends,” he said. “I know I’m going to lose friends. It’s a time to remember people who couldn’t come home today to see their families. It means a lot from that perspective.”