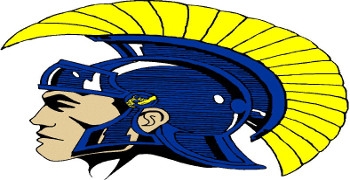 The Triton School Board met for a regularly scheduled meeting on May 11th. All of the board members, along with Superintendent Jeremy Riffle were present. Due to the COVID-19 pandemic and the limits for public gatherings set by the State of Indiana, the public was not allowed to attend; however, the entire meeting was live streamed and public comments via the internet were allowed.

The Board unanimously approved the hire of Nathan McKeand as the principal of the Triton Jr/Sr High School. He replaces Bob Ross who tendered his resignation at an earlier meeting that will be effective at the end of the school year.

McKeand was one of four candidates interviewed for the position. He comes to Triton from the Laville School Corporation where he served as the Jr./Sr. High School principal for the last seven years. In total, he has had 13 years in administration.

The Board also approved the retirements of teachers Mollie Kintzel and Kim Bililnski. Kintzel submitted her resignation just prior to the meeting and was not listed on the agenda. She leaves after 32 years of service. Bilinski has taught with the corporation for 41 years. Also leaving the Triton Elementary School is teacher Cassie Sears who will be relocating.

Superintendent Riffle announced that the 2020 graduation will be held on Sunday, July 12th at 2:00 PM. Although the details are not confirmed, Riffle indicated that they are hoping to have the ceremony as traditional as possible. Riffle said the July date has been designated as an opening date for gatherings; however, they will continue to monitor state directives.

May 19th will be the last day for parents/guardians to pick up desk contents from the elementary school. Kindergarten round-up was changed to June 3 from 4:00-7:00 PM. Riffle said they are asking that only one person comes to the registration so that they can continue with safe distancing practices.

Riffle was given permission to advertise for bids to remove the old gymnasium. Over the last several months, the board has asked for any proposals from the community for uses for the facility, but did not receive any viable proposals.

According to Riffle, there are some predictions that the revenue from the state for the 2020-2021 school year could be down as much as 46 percent due to possible business closings throughout the state. He praised those in the financial positions for the corporation as well as former Superintendent Donna Burroughs for their responsibility in putting Triton in a good fiscal position.
Referring to the work of the entire community during the current crisis, Riffle said, “People are trying to make tough decisions.” “We will listen, trust and monitor to do what is in the best interest of our scholars.”