Bremen Boy Injured After Being Struck By A Vehicle 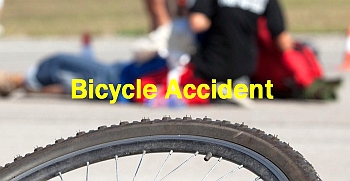 This afternoon a crash between a bicyclist and a car sent a ten year old boy to the hospital.

Around 3:00 p.m. this afternoon Marshall County Dispatch received a call of a crash between a bicyclist and a van at SR 331 and 3rd Road near Bremen.

Preliminary investigation by Trooper Dave Caswell shows that Caythan Cullen, age 10 of Bremen, IN was riding his bicycle eastbound on 3rd Road when he didn’t stop at the stop sign at the intersection of 3rd Road and SR 331. Cullen rode his bicycle into the path of an orange Chrysler that was traveling southbound on SR 331 driven by Melanie Juarez, age 37 of Bremen, IN.

Cullen was struck by the Chrysler and thrown from his bicycle. Cullen was transported from the scene and taken to Memorial Hospital in South Bend, IN with injuries that are believed to be serious but not life-threatening. Juarez was not injured in the crash.

Alcohol and drugs are not suspected in this crash.