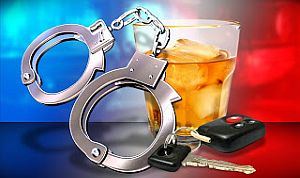 On Thursday, April 30th at 11:35 P.M. Marshall County Officers were made aware of an adult male driving under the influence of alcohol with his two juvenile children with him. A short time later, Officer Wozniak advised that the male was traveling to a residence in the 13,000 block of 5th Road. Deputy Wozniak was able to see the vehicle approaching the residence; however the vehicle did a U-turn and flee from Officer’s. The vehicle continued down the road for approximately a half mile, proceeding to do a second U-turn and continued on. The vehicle continued down the roadway with a back-sliding door of the minivan open. The vehicle pulled into a residence and the children were able to exit safely. The male driver identified as 38 year old
Jesse L. Heminger of Plymouth was taken into custody and transported to the Marshall County Jail. Heminger was held on charges of Operating a Vehicle with a BAC of .15 or more with a prior conviction, OWI with passengers under 18, Resisting Law Enforcement with a vehicle, Neglect of a Dependent and Possession of Marijuana.