Update On Monday Nights Fatality Accident At 17 And 20A. 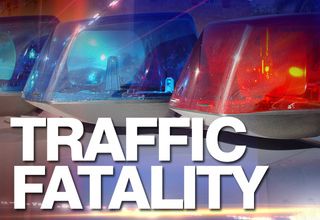 On Monday, April 27th at approximately 5:55 P.M., the Marshall County Central Dispatch was contacted in reference to an automobile collision that occurred in the 100 block of State Road 17 and 20A Road. The Marshall County Sheriff`s Department, Culver EMS, Culver Fire, and Fulton County EMS/Fire units responded the area.

The adult male identified as 44 year old, Arthur Fisher of Monterey was transported via helicopter to Memorial Hospital in South Bend IN. The two children were transported to Parkview Regional Medical Center via helicopter. The adult female identified as 43 year old, Kristen Fisher of Monterey, was unconscious on arrival and pronounced deceased, by the Marshall County Coroner.

The adult female of the Ford Edge identified as Shannon Lancaster of Rochester was transported to Saint Joseph Regional Medical Center in Plymouth IN.

There is believed to be no alcohol or drugs involvement with this automobile accident. There is no update at this time of injured parties involved.