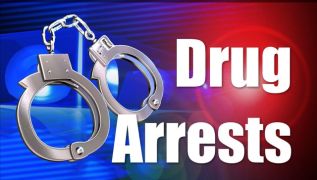 On Sunday, March 8th at approximately 1:00 A.M. Marshall County Sheriff’s Deputy Ayala responded to a report of an erratic driver. The vehicle was located on US 30 near Elm Road. During the traffic stop the driver identified as 25 year old, Joshua McKinney of Macy was found to be under the influence and in possession of narcotics. McKinney was taken into custody and transported to Marshall County Jail and held on charges of Operating a Motor Vehicle with a Schedule I or II, Operating While Intoxicated with Endangerment, Possession of a Narcotic Drug and Unlawful Possession of a Syringe with bond set at $1505.