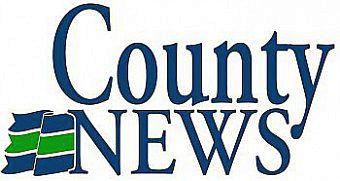 The Marshall County Council held a special meeting Monday morning to discuss the financial status of the County Highway Department as it relates to the mounting damage estimates.

Jason Peters, Supervisor of the Highway Department presented handouts detailing damage estimates for the culvert replacements.  Twelve different projects were spelled out with a total cost estimate of $234,311.79.  The projects are on Michigan Road north of 6A, 7B east of Michigan, 7B west of Oak, Redwood south of 15B, 1C between Thorn and Union, Fir Road at 8A, Cedar between 5th and 4C Roads, Pine Road from 4th Road to 4B, Rose Road north of 6, 13th Road west of Pine, 20th Road at Union and Pine Road north of 6th.  The county highway department will do a lot of the work but some is being contracted out.

The Highway Supervisor also has revised the 2018 Road Program with respect to the flooding damages to county roadways.  Paving has decreased from nearly 22 to miles to 8.75 miles at a cost of $816,404.33.  The Oak Crest subdivision is still in for this year but the Forest Hills and Nutmeg subdivisions are out.

The roads planned for double chip seal was reduced from 13 1/3 miles down to 8 miles for a total estimated cost of $168,000. The county increased the amount of roads to be chip and sealed from 41 miles up to nearly 46 miles at an estimated cost of $595,400.

The Community Crossing grant projects are still on the list.  Those roads which will benefit from the state’s grant include 9th Road from Pioneer Drive to Union Road; 13th Road from State Road 17 to Olive Trail and North Michigan Road from the city limits to 3A Road.

The County Council will consider a resolution to transfer $1.5 million from the county’s Rainy Day Fund to the Highway Department to assist with flood repairs during their April 9th meeting.