No Serious Injuries After Semi Crashes Into Building off Toll Road 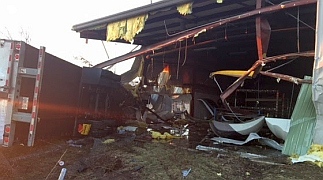 Elkhart-A semi driver is lucky to have no serious injuries after hitting an abandoned vehicle before driving off the Indiana Toll Road and crashing into a building.

Indiana State Police Dispatch and Elkhart Police Department received the call around 7:15 a.m. on March 26, 2018 of a semi that crashed into a building just off the Indiana Toll Road near the 90 mile marker.  This is just west of the Service Plaza that is under construction approximately two miles west of the Elkhart exit. 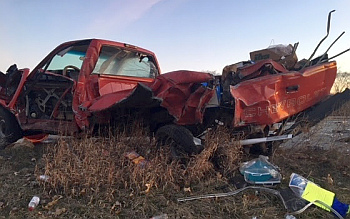 Preliminary investigation shows that a white 2016 Freightliner driven by, Kazmierez Kisiel, age 66 of Westfield, MA, was driving eastbound on the Indiana Toll Road near the 90 mile marker when it began to leave the roadway to the right for an unknown reason.  The Freightliner hit an abandoned red 1997 Chevrolet truck that was sitting on the entry ramp to the closed Service Plaza.  The Freightliner continued off the roadway and into the ditch, driving through a fence and into a building at located at  2950 Gateway Drive Building 3 operated by Altech Engineering.

The Freightliner continued through the northeast corner of the building, hitting a forklift before coming to a stop.  Kisiel was transported to the Elkhart General Hospital for minor injuries after being extricated by the Elkhart Fire Department.  No workers in the building were injured. 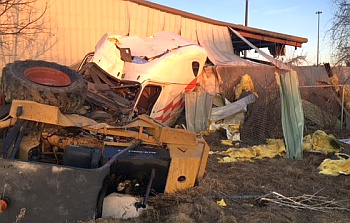 This is an ongoing investigation. Alcohol is not believed to be a factor in this crash. Traffic on the Indiana Toll Road was not affected by this crash.