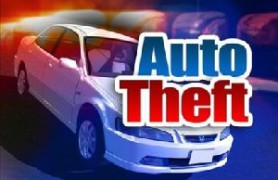 Friday afternoon about 2:45, Plymouth Police Officers were dispatched to the area of Skylane Apartments to look for a subject that tried to take a truck.

25 year old Levi Clemons of Winamac was located and a subsequent investigation showed that he had stolen a vehicle from the Winamac area and brought it to Plymouth.

During questioning, Clemons attempted to flee on foot, however, he was captured.  Mr. Clemons was taken into custody and transported to the Marshall County Jail.