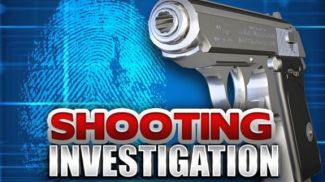 On March 23, 2018, just after midnight, Fulton County 911 received an emergency call from a male that advised that he had been shot near the area of State Road 17 and Fulton County Road 700 North near a residence. Responders were sent to the location and found not only one male had been shot but a second male at a residence on SR 17.

Fulton County Sheriff Deputies, Culver Police Officer, Aubbeenaubbee Twp. Fireman and Lutheran Medics were able to provide medical assistance until Samaritan helicopters were landed on SR 17 near the scene and both males were flown to Parkview Hospital in Ft. Wayne, Indiana.

The victims have been identified as one Glenn Charles Linderman, 36 of Plymouth, IN and Brady Douglas Lemar, 24 of Culver (Rural Fulton County). At this time both men are list in stable condition at Parkview Hospital in Ft. Wayne.