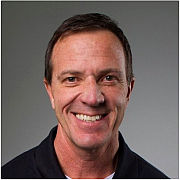 Plymouth Mayor, Mark Senter has announced this year’s speaker for the Annual Prayer Breakfast to be held on Thursday, May 3rdat 6:30 a.m. at Christo’s Banquet Center.

The keynote speaker will be former Bethel College basketball coach, Mike Lightfoot.  Mike graduated from Bethel College and completed 30 years of head coaching at Bethel until the spring of 2017. He is currently the Regional Director for Nations of Coaches a National organization that mentors college coaches.

Mike has been married to Jacci Lightfoot for 39 years and they have two married sons; Robbie and Ryne (current Head Coach at Bethel) and one grandson Cooper.

As a coach he has won seven national championships, all at Bethel, as well as 18 conference championships and seven National Coach of the Year honors. His career record at Bethel was 794-285, winning 74% of his games.

Proceeds from the Mayor’s Prayer Breakfast on May 3rd will benefit the local Boy Scouts of America Troops and Packs.  Tickets for the event will be $10 each or you can reserve a table of 10 for $100.  Call Laura at 574-936-6717 to purchase your tickets.