Nick Hundt Arrested for Operating on a Controlled Substance 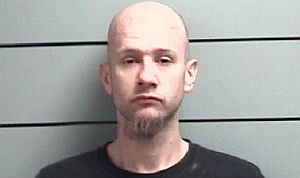 On Sunday, March 18, at approximately 11:20 in the evening, Sergeant Les McFarland with the Marshall County Sheriff’s department made a traffic stop a vehicle for making unsteady lane movements and crossing the center line near Lincoln Highway and King Road.

While speaking with the driver, 39 year old Nicholas A. Hundt of Bourbon it was believed that he was impaired.  Hundt was transported to a hospital for a chemical test and then arrested and transported to the Marshall County Jail.  He was booked in for Operating While Intoxicated on a controlled substance.

The bond for Nicholas Hundt was set at $3,000.  A case report will be completed and forwarded to the Marshall County Prosecutor`s Office for review and formal charges being filed.