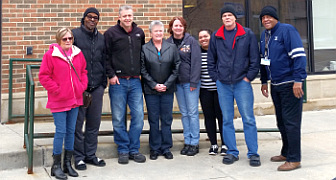 The mission to the American Legion Auxiliary is to support the American Legion and honor the sacrifice of those who serve by enhancing the lives of our veterans, military, and their families, both at home and abroad. For god and Country, we advocate for veterans, educate our citizens, mentor youth and promote patriotism, good citizenship, peace and security.