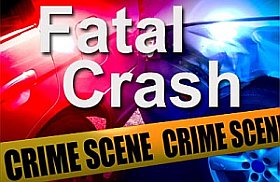 Emergency Responders in Plymouth were dispatched to a two vehicle fatal crash on US 31 at 13th Road in the southbound lanes Friday evening about 8:15. 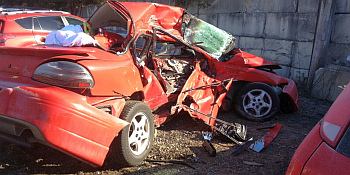 Marshall County Police Officer Ryan Hollopeter was the investigating officer and found a red, 1998 Pontiac Grand Am was westbound through the intersection, failed to yield the right-of-way and was struck by a southbound Chevrolet Silverado pick-up truck pulling a 5th-wheel.

The Grand Am was driven by 23 year old Austin C. Webb of Knox.   One of his passengers, 26 year old Ricky L. Bradley of Plymouth was fatally injured in the crash.    24 year old Miles M. Brewer of North Judson and Webb were seriously injured and airlifted from the scene to Memorial Hospital in South Bend.  They are both listed in critical condition. 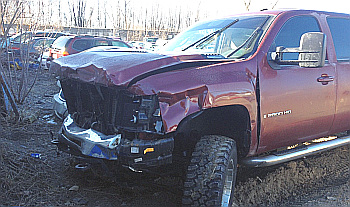 The driver of the pick-up truck, Terry Burgess of Elkhart and his two passengers were all checked at the scene and reported no injuries.

The Marshall County Sheriff’s Department with the assistance of the Indiana State Police is still investigating this collision.