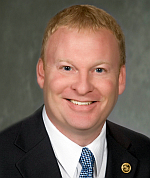 Last month, a tragic mass shooting occurred at a school in Florida, and since then, preventing gun violence has become a renewed topic of discussion nationwide.

State Senator Randy Head said, “It is important for Hoosiers to know that Indiana has a number of policies in place to help protect our students and teachers.”

Head continued, “We are one of only five states that has a “Red Flag” law, which has been in place since 2005 and is now being considered as a model for other states.”

Under the law, police officers can seize firearms with court supervision from people if they believe the person presents a risk to themselves or others, has a mental illness, has a propensity for violence or is emotionally unstable. The law also includes procedures to ensure law enforcement officers cannot wrongly abuse their ability to seize guns, meaning Hoosiers’ Second Amendment rights are protected.

In addition to the “Red Flag” law, Head said, “We have a number of resources available for Indiana school districts, including grant funding, school safety specialists and active shooter training.”

The General Assembly passed Senate Enrolled Act 1 in 2013, creating the Secured School Grant Fund. The fund, which has provided $39 million to more than 300 school corporations, charter schools and nonpublic schools since its creation, distributes funds to be used for safety equipment and technology, school resource officers and property threat assessments.

Indiana is one of only two states that requires its school districts to employ a certified safety specialist, and the Indiana Department of Education provides annual training to ensure the specialists are able to perform their duties.

Senator Head closed his comments by saying, “Protecting our teachers and students is a top priority for me. My colleagues and I will continue to look for ways to keep our schools safe.”