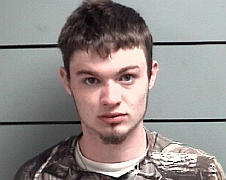 About 9:15 on Friday, February 16th, Marshall County Officer Wozniak stopped a silver 2009 Kia passenger car in the area of Williams and Miner Streets.

The officer detected the odor of marijuana emitting from inside the vehicle.  A search of the vehicle resulted in three pipes, a marijuana grinder, two different types of pills with one being a controlled substance and a small amount of marijuana wax.

The passenger in the vehicle, Zakrey Early, was booked into the Marshall County Jail for Possession of Marijuana, Possession of Paraphernalia, Possession of a Controlled Substance and Unlawful Possession of a Legend Drug.  He was held on a $3,000 cash bond until Sunday evening when it was paid.  He has an initial hearing in Marshall Superior Court II on March 20th.