Nappanee Teen Arrested for Incest & Sexual Misconduct with a Minor 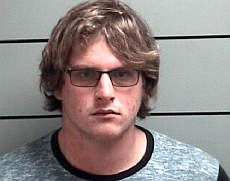 A 19 year old Nappanee man was arrested by County Police on Thursday, February 8th after a complaint was made in the Sheriff’s Department on January 25th of Sexual Abuse.

19 year old David Kauffman was arrested and lodged at the Marshall County Sheriff Department for Incest and Sexual Misconduct with a Minor at 3 p.m. following an investigation by Detective Duane Culp.

Kauffman posted the $5,000 cash bond and was released an hour later.

His initial hearing will be in Marshall Superior Court I on March 6th.