Melissa Dillard Arrested for Neglect of a Dependent After Overdose 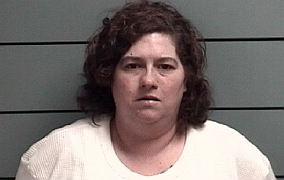 On Saturday, January 27, at 6:55 p.m. Plymouth Police and EMS were dispatched to 318 West LaPorte Street for a possible deceased male and an unresponsive female. Officers arrived there and found 50 year old Joseph Dillard deceased and his wife, 38 year old Melissa Dillard, was unresponsive with breathing difficulties in their bedroom.

A 13 year old daughter had found them in their bedroom and called 911. Two other children were also in the residence when this occurred. Evidence at the scene was located that was consistent with the consumption of drugs.