Fuller Files for Bourbon Town Board on Republican Ticket 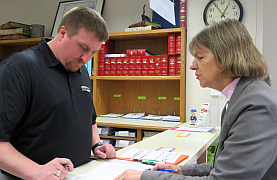 The creator of Bourbon’s Food Truck Friday events has stepped up and filed for a Bourbon Town Council Seat.

Life-long Bourbon resident, Jordan Fuller filed on the Republican ticket last Friday.  His family heritage dates back at least 6 generations in Bourbon with the Faulkner and Lemler names.

Jordan graduated from Triton High School in 2001 and is the Office Manager for Newmar Corporation in Nappanee, having been employed there for 11 year.

Fuller is also the creator of Marshmallow Mondays, serves on the board for the Bourbon Public Library and is part of the Bourbon Steering committee.  He is currently working with Kurt Garner to support the historical districts in Bourbon through the Marshall County Historic Districts Economic Development and Incentive opportunities.

Jordan Fuller and his wife, Cynthia (Shey) Fuller have been married for 15 year and they have three children; Ashlynn who is 8, Aaron who is 7 and Brady who is 3. 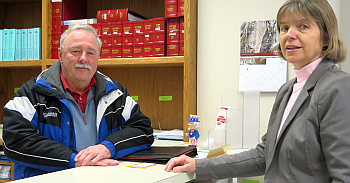 Also filing on Friday was Richard (Rich) West for a Culver Town Council seat on the Democratic ticket.

Candidates have until 12 noon on Wednesday, August 1st to declare their candidacy in the Marshall County Clerk’s Office and the parties convention must be held on later than Tuesday, August 21st.   Candidates will be selected for the November General Election during the party conventions.