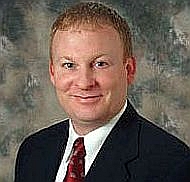 During the 2016 legislative session, Senator Randy Head authored Senate Enrolled Act 80, which made it more difficult for people to purchase large amounts of pseudoephedrine, a decongestant and key ingredient used in manufacturing meth.

Since it went into effect in March 2016, the number of meth lab seizures in Indiana have declined dramatically.

According to data released by the Indiana State Police, 328 meth lab busts occurred between January and September in 2017, a more than 59-percent drop from the 806 incidents that occurred during the same period in 2016. In addition, the number of children removed from meth lab environments went down nearly 67 percent from 129 to 43 cases.

Senator Head said. “I authored SEA 80 because the growing number of meth labs in our state was out of hand, putting innocent people in harm’s way. In a little over a year, we were able to see the positive results of this law. A more than 59-percent drop in meth lab seizures is phenomenal, and I am eager to see the rate continue to decline over time.”