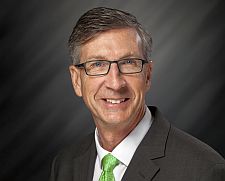 The House of Representatives recently voted in support of a bill co-authored by State Representative Jack Jordan (R-Bremen) that would consolidate and streamline state agency reporting requirements.

According to Jordan, House Bill 1003 would repeal eight chapters, 99 sections and 31 reports in the Indiana Code that are outdated, unused or duplicative. The bill would also consolidate 35 standalone reports or reporting requirements into more accessible formats.

“By collecting information from different agencies, we were able to gain new insights in regards to removing red tape in order to increase government efficiencies,” Jordan said. “This bill uses the input gathered from the different agencies to consolidate and streamline the requirements for state government reporting.”

This bill can now be considered by the Senate. For more information visit iga.in.gov.