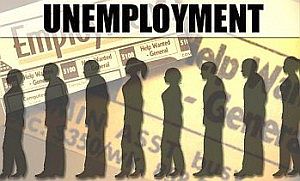 Marshall County’s December unemployment rate was 2.7 a decrease from the 3.0 rate in November.  The county is ranked 62nd of the 92 counties.  September and October’s rate was 2.9.

Taking a look at the counties surrounding Marshall you will find Starke County who moved up to 8th on the list of counties although their unemployment rate has remained steady at 4.1 since October.

Fulton County is also holding steady with an unemployment rate 3.1 in December just a slight improvement from the 3.2 rate in October and November.

Other counties include Pulaski County whose rate was 3.3 in November.  Their December rate was 3.1 ranking them 46th of the 92 counties.    St. Joseph County is 33rd on the list with a rate of 3.3.

Elkhart and Kosciusko Counties continue to hover at the bottom of the list of counties with some of the lowest unemployment rates.  In December K-County had a rate of 2.3 and was ranked 87th.  This was an improvement from their November rate of 2.7 and Elkhart County is 91 on the list with a rate of 2.1.  They have held steady at 2.5 since October so the December rate is an improvement.

Indiana’s labor force had a net decrease of 14,195 over the previous month. This was a result of 10,696 unemployed residents no longer seeking employment within the past four weeks, and a 3,499 decrease in residents employed. Indiana’s total labor force, which includes both Hoosiers employed and those seeking employment, stands at 3.30 million, and the state’s 63.6 percent labor force participation rate remains above the national rate of 62.7 percent.

Private sector employment has grown by more than 24,400 over the year, and has increased by 6,000 over the previous month, primarily due to gains in the Manufacturing (4,700) and the Private Educational & Health Services (3,500)sectors. Gains were partially offset by losses in the Professional & Business Services (-4,100) and the Financial Activities (-1,900) sectors. Total private employment stands at 2,697,700 and is 20,800 above the November 2016 peak.