Driver Not Hurt in Semi Rollover on Fir Road 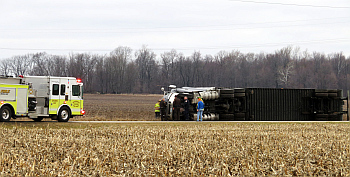 Officers from the Marshall County Sheriff’s Department and Bourbon Police Department responded to semi rollover on Fir Road between Lincoln Highway and US 30 Monday afternoon. 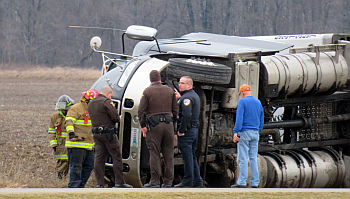 The semi, carrying 25,000 pounds of bagged sand was south bound on Fir Road and appeared to drive off the west side of the road surface.  Sinking into the soft ground the semi rolled over on to its passenger side trapping the driver inside. 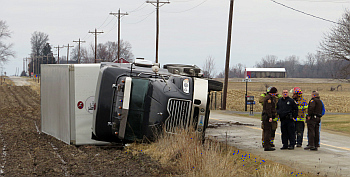 Bourbon Fire extracted the unhurt driver out of the vehicle and Reichert & Knepp Wrecker Service was called to upright the semi.  Fir Road was closed for several hours.