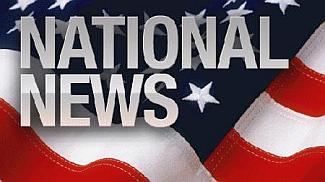 “The House passed a commonsense bill to keep the government open, protect Hoosier jobs from the medical device tax, and ensure millions of families continue to have access to health coverage through CHIP. Unfortunately, Senate Democrats chose to play politics and force a government shutdown. It’s time to end these reckless partisan games that will harm Hoosier workers and families and damage our military readiness.”

The House on Thursday passed H.R. 195, the Extension of Continuing Appropriations Act, by a vote of 230 to 197. The bill would extend government funding through February 16, 2018, suspend the medical device tax for two years, and renew CHIP funding for six years.

U.S. Senator Joe Donnelly released the following statement on the federal government shutdown. On Friday, Donnelly spoke on the Senate floor urging Republicans and Democrats to work together to reach an agreement and he later voted to keep the government running.

Donnelly said, “The most basic duty of Congress is to fund the federal government, and I voted to keep the government running. I am incredibly disappointed Congress failed to prevent a shutdown. Like in 2013, I’m going to work with my colleagues in a bipartisan manner to reopen the government, and I will donate my take-home pay during the shutdown to charity in Indiana.”

In 2013, Donnelly donated his take-home pay for the 16 days of the federal government shutdown, worth $5,000, to 10 food banks across Indiana.