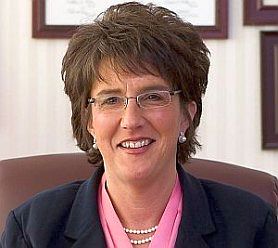 “Obamacare’s medical device tax is a proven job-killer, especially in northern Indiana. That’s why I fought to include a two-year suspension of the tax in this bill. It will provide relief to local manufacturers, protect Hoosier jobs, and allow Congress to get back to work on a full and permanent repeal of the tax.

“The Children’s Health Insurance Program makes a real difference in people’s lives. This bill fully funds CHIP for six years – the longest extension in the history of the program – so Hoosier families who depend on it can have peace of mind that this program isn’t going away.

“Now that the House has taken action, it’s time for the Senate to send this bill to the president’s desk. A government shutdown would put our brave men and women in uniform at risk, and it would harm our national security. I hope Senate Democrats will put politics aside and pass this critical bill, because our soldiers should never be used as bargaining chips.”

The House passed H.R. 195, the Extension of Continuing Appropriations Act, by a vote of 230 to 197. The bill extends government funding through February 16, 2018, suspends the medical device tax for two years, and extends CHIP funding for six years.

Congresswoman Walorski in December introduced H.R. 4617, which would suspend the 2.3 percent excise tax on medical device sales for five years. Congress in 2015 delayed the tax for two years, but it is set to take effect once again in 2018. The House has also passed legislation to permanently repeal the tax.