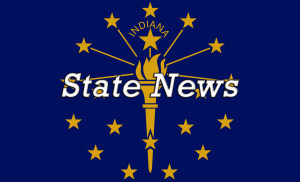 Two Indiana prosecuting attorneys told a legislative committee this week medical practitioners should have the ability to check via the INSPECT data base whether a patient has been previously prescribed an opioid or benzodiazepine. Members of the Senate Health and Provider Services Committee were considering Senate Bill 221 that among other items, requires medical practitioners to obtain information about a patient from the database before prescribing an opioid or benzodiazepine.

St. Joseph County Prosecutor Kenneth P. Cotter told the committee that he believes that a prescriber’s ability to tell whether a patient is already receiving opioids or benzodiazepine via INSPECT might have prevented the death of Dr. Todd Graham, a St. Joseph County orthopedic doctor who was killed by the husband of a patient. The doctor had refused to prescribe a painkiller.

“Since that time I have talked to hundreds of doctors that have reached out to me,” Cotter told the committee. “They said ‘we have to do something about this.’ Please give doctors the ability to check INSPECT before prescribing opioids. It’s a quick and easy way to keep from overprescribing these medications.”

Madison County Prosecutor Rodney J. Cummings told the committee that in 2012, Madison County was first in Indiana and number two in the U.S. in meth labs seized. “Now that’s all gone to heroin,” he said. “By October our coroner had performed 231 heroin overdose autopsies. One public health center in our county had 31 drug overdose deaths in an 18-month period. I hear our firemen say some people have been revived by Narcan three times in one week, some people twice in the same day. We could remove the burden from doctors if they could check INSPECT before prescribing.”

Co-authored by Senators Erin Houchin and Ed Charbonneau, Senate Bill 221 passed the committee by a vote of 9-0.