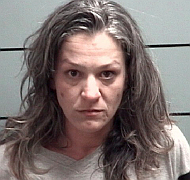 Officer Wozniak with the Marshall County Sheriff’s Department stopped a vehicle Thursday night, January 18th about 11:30 on Vandalia Street in LaPaz.  The black 2004 Chevrolet Impala failed to signal a turn and had false and fictitious registration.

During the investigation, the 39 year old driver Nicole A. Glod  of South Bend was found to be in possession of a controlled substance and was operating a vehicle without ever receiving a driver`s license.  A search of the vehicle resulted in the findings of 1.7 grams of heroin, .5 grams of cocaine, 3.5 grams of methamphetamine, 8 grams of marijuana and synthetic marijuana, multiple marijuana and methamphetamine pipes, marijuana grinders and digital scales.

Also located in the vehicle were five firearms and a Chinese throwing star. 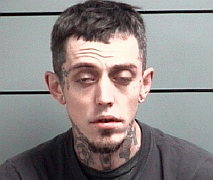 A passenger in the vehicle, 30 year old Justin M. Stewart of Mishawaka was found to be in possession of a controlled substance, methamphetamine and a methamphetamine pipe.