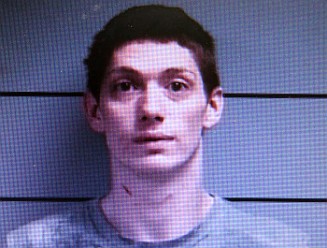 Officers from the Indiana State Police Emergency Response Team (ERT) led the way by utilizing a flash bang, followed by the forced entry of the home of Storm Kinsey, 23, of 18B Road.  Found in the subsequent search of the home were precursors for a methamphetamine lab.  Arrested at that time were Kinsey (Auto theft; Dealing in Methamphetamine and Possession of Methamphetamine), 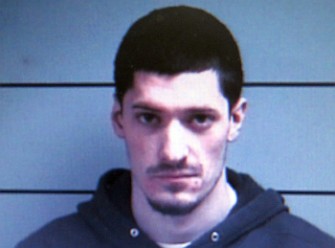 Brent Hessler, 25, of Bremen,(Possession of Methamphetamine; Unlawful Possession of a Syringe; and Visiting a Common Nuisance) andShelby Laubham, 23, also of Tippecanoe.  Hessler faces additional charges of dealing in methamphetamine that allegedly occurred in Bremen. 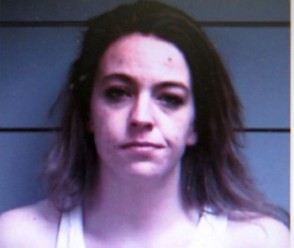 Laubham was arrested on an outstanding warrant from Kosciusko County.

Also located at Kinsey’s residence were several items of property identified as allegedly stolen from Kosciusko, St. Joseph and Marshall counties.  Included were items associated with a previously seized stolen four wheel off road vehicle and numerous items from a storage unit theft in Warsaw.  As a result, law enforcement officers from the Warsaw Police Department and the Kosciusko County Police Department arrived on scene to assist in the investigation. 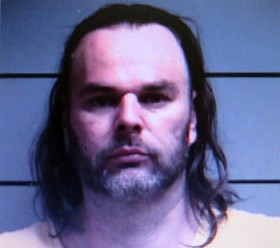 At the same time the events unfolded at the Kinsey residence, ISP officers made contact with Gabriel Geldner, 41, of the 3300 block of 18B Road, Tippecanoe.  A search warrant was then executed on his premises resulting in the discovery of a wide variety of prescription drugs and narcotics.  Methamphetamine was also discovered on the premises.  Geldner was then arrested for the drugs found in his home, and also for an outstanding warrant for Dealing in a Controlled Substance, one count as a Level 4 and one count as a Level 5 felony.  Numerous weapons were also seized due to an allegation that weapons were present during the alleged events that resulted in the dealing charges. 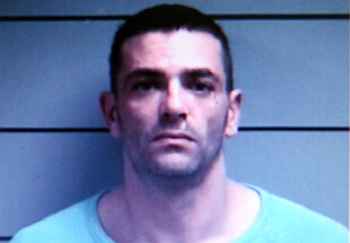 While all of this was going on, different officers came across Kevin Brock, 40, of the 3200 block of 18B Road.  Brock was arrested on an outstanding warrant for two counts of Level 4 felony Dealing Methamphetamine.  At Brock’s house, also on 18B Road, it is alleged additional legend and schedule two controlled substances were discovered, along with related drug paraphernalia. 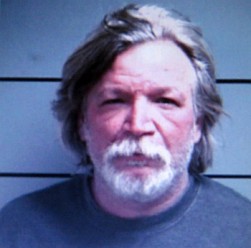 Officers also talked with family members of David Burkett, 50, who stated he was at work.  Armed with an outstanding arrest warrant for four counts of Level 5 felony Dealing in a Schedule 1 drug, officers found him at the Gulf Stream plant in Etna Green.   A search of his person incident to his arrest revealed he allegedly possessed methamphetamine.  Charges, if any, for possession of methamphetamine would be processed through Kosciusko County. 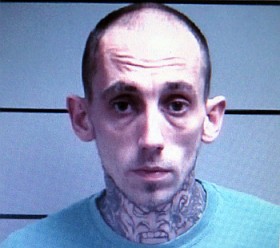 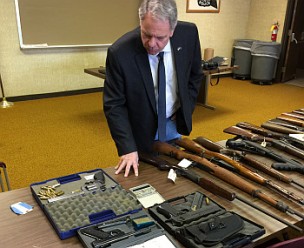 Chipman emphasized how the incredible teamwork to a very complicated and dangerous situation along 18B Road has resulted in these arrests.  Officers were on scene processing the seizure of evidence for virtually 8 or more hours.  During that time, area residents drove by thanking the officers for their efforts. 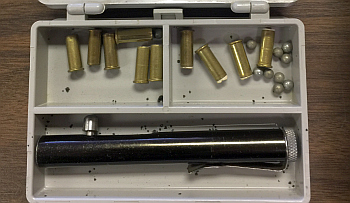 Chipman reminds all readers that these criminal charges are mere allegations and that the persons so charged are presumed innocent of the allegations unless or until proven guilty in a court of law beyond a reasonable doubt.