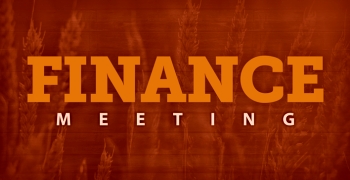 The board voted to retain the same officers; Kurt Garner as President, Kevin Overmyer as Vice President and Angie Birchmeier Secretary.  Commissioner Mike Delp will continue as a member although he was unable to attend this week’s meeting.

The board approved the outstanding transaction report which shows 9 checks issued in 2015 with a total value of $1,763.30 that have never been cashed.  The board questioned a check to the Plymouth Park Department in the amount of $1,240 that was still outstanding.  They were unable to determine why the county would have written a check to the park department.  Other checks ranged in amount of $4.08 up to $150.  The Board of Finances approved voiding the checks.

The board approved the time table for the Cash Management Contract.  The initial review and approval to advertise will be September 4th 2018.  Requests for Proposals will be due on October 1st   and the determination meeting will be October 15th.