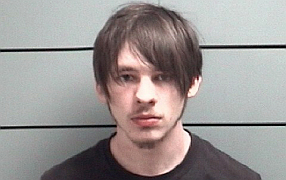 On Monday, January 17, Sergeant Les McFarland with the Marshall County Police Department was on routine patrol when he drove upon an accident in the area of 4B and Union Roads.

The driver involved in the accident was identified as Benjamin Seely, age 23 of North Liberty.  During the investigation, a substance believed to be marijuana was recovered from Seely.  He was arrested, and transported to the Marshall County Jail.

Benjamin Seely was booked into the Jail for Possession of Marijuana.  The bond for Seely was set at $500 cash.