At 102 and counting; Bales measures success by another means 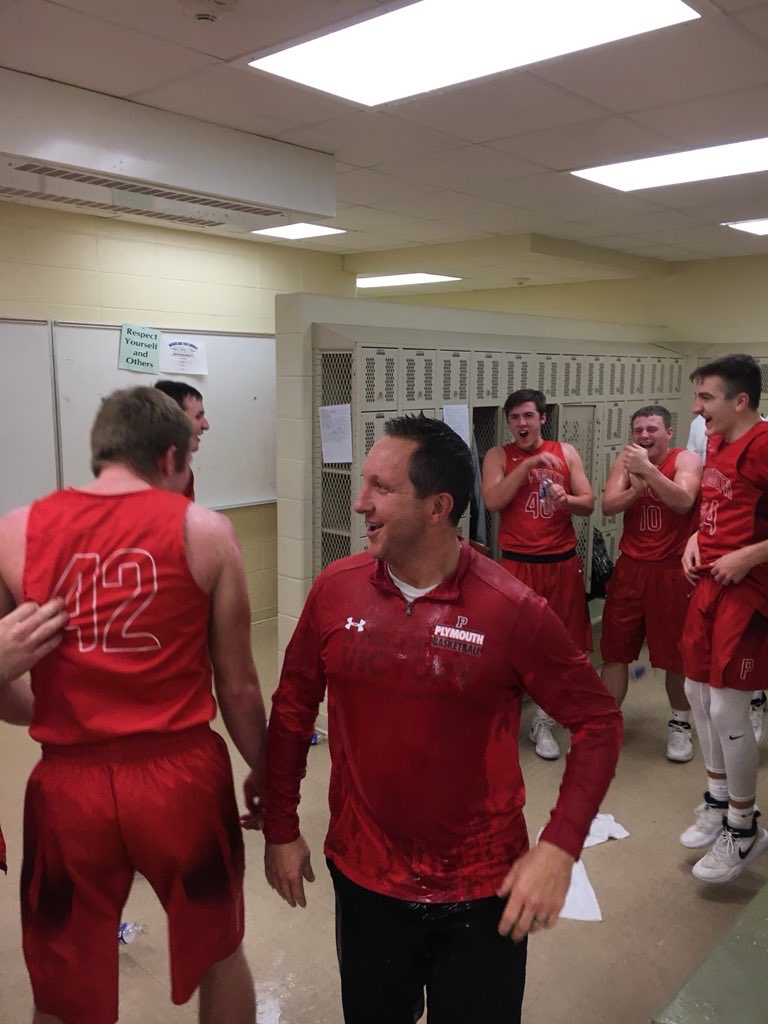 Technically it’s the second time he reached the milestone. Bales is 186-106 overall as a high school head coach. He began his career in 2005 at Caston, the next year moving on to his alma mater – North Judson – where he won a regional championship in 2008 and a sectional title in 2010. His second season at Plymouth the Pilgrims took a sectional title in 2012.

For Bales it was something that was always in his blood.
“Sports was always a big part of my life and I always had great coaches growing up,” he said. “I remember writing a paper in Jr. High that I wanted to be a coach someday. Its something that I always felt in my blood to do.

“My dad was an electrician for 43 years and coached me in little league and basketall when I was younger,” he said. “I think some of that I got from him. I felt like it could continue my life in sports.”

Asked about his success, Bales praised his assistant coaches.

“I’ve been very fortunate to have a great, trusting staff here that does it the right way,” he said. “I’ve got guys that in many ways do a better job of reaching kids than I do.”

He also benefitted from some pretty good examples in his formative years in former North Judson and current Shenandoah coach Dave McCollough who has over 500 wins in his career and Bethel College coach Mike Lightfoot who won three National Championships in his illustrious carer.

“Also there were just numerous assistants that all had a big impact on me and how I try to be as a coach,” said Bales. “There are a thousand ways to do it but you have to believe in what you are doing. I had great examples, not just as coaches but they’re great fathers and husbands and respected by people they’ve worked with and people they’ve helped. Those are the things that impacted me.”

“Coach McCullough and Lightfoot are the ones I’ve probably taken the most from but there are coaches you meet every day that have an impact on you,” he said. “Whether it’s an ‘x’s and o’s’ thing something that you read about how they’ve handled situations, I still feel like I’m learning and trying to get better each and every day.”

“I’ve been fortunate to have so many parents trust me with their kids and that’s not an easy thing,” said Bales. “I’m learning that now with my sons. You have to trust in that. You aren’t always going to agree and sometimes relationships get strained. You just do the best that you can and make an effort with each and every kid.”

After 13 years on the bench Bales also feels he’s learned some things.

“I think when you’re younger you feel like you have to lay down the law and I think there comes a point where you get more comfortable with who you are,” said Bales. “You want them to play a certain way and you feel you have to be the main communicator but if the kids don’t take owner ship it probably isn’t going to happen. You get to the point where you realize you can’t overcoach them.”

Wins and losses is also not the way he’ll measure his success.

“In the end – to me – it’s when players reach out,” he said. “I stay in touch with a lot of former players and that’s my measuring stick. Things get busy in life – everybody going a thousand different directions. For a former player after a tough loss, or after a big win to reach out, that means a lot more than any of them probably know. That they take initiative to check in from time to time that makes you feel like you have had an impact. Its great to win. It’s great to have success, but I think that’s the measuring stick.”