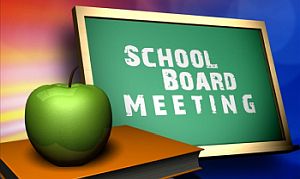 The new Lincoln Junior High School is being designed by Barton-Coe-Vilamaa with input from administrators, teachers and the community. During the January 9 school board meeting, Superintendent Andy Hartley said, “Things are progressing. We have some meetings here coming up that will finalize a lots of the system parts.” According to Hartley, teachers have had opportunities to discuss classroom designs.

The new facility will be constructed on the east side of the present building where the football field is now located. The property adjacent to the field on the east side was purchased to lower the costs of construction elements that would have been required to stay within setbacks. However, a major benefit will be more areas for traffic flow. Once the building on that property is demolished, the space will be used for staff parking.

Hartley said, “The major intent with that was to get traffic off the streets with drop-off of the front of the old Lincoln, if you will, and kind of run through a lane and drop off there on the west side, and bus parking will be in the back.”

Attention was also paid in the overall design to fit in with the neighborhood. Administrators met with several residents in the area during early in the project to make sure their concerns we taken into consideration.

Architectural renderings could be displayed during the February board meeting. The Board could approve the construction documents as early as March and begin the award bids by April.

In other matters, the declining enrollment has meant a slightly lower cash balance in the corporation’s General Fund. Included in report from Business Manager Kandi Tinkey was a notation that there are $3.4 million in the General Fund. The cash balance of over $936,000 in the Capital Projects Fund could mean a higher contribution to the Rainy Day Fund,

The corporation was able to realize $105, 000 in interest from certificates of deposit. According to Tinkey, that is an increase of $55,000 from the previous year.