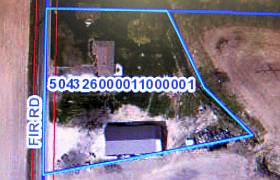 This week members of the Marshall County Board of Zoning Appeals had to consider a variance of setback standards request for Kent Freed at 7774 Fir Road in Bourbon.

Freed needed to reduce the required 15 foot setback to 7 feet for a pole barn he built on the property that is too close to the property line.

County Plan Director Ralph Booker said the pole barn was not built according to the improvement location permit granted in August of 2016 or in accordance with the sketch he provided to the building department.  In fact, on his application it states the building will be 20 feet from the property line.  The building was also permitted for his own private use and not for a business.

Only the back corner of the barn that was completed late in 2016 is in violation. 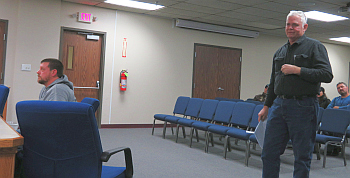 During the public hearing Brad Stackhouse, the neighboring property owner told the County BZA water draining off of the building is running across his access road and causing ponding on his farm field damaging his crops.  Stackhouse also contends that Mr. Freed is operating a business out of the property.

The BZA asked what their options were and Booker said move the building, give a variance or suggest he purchase additional property to bring it into compliance.

The Marshall County Board of Zoning Appeals approved the variance with the stipulations that eaves be installed on the barn and the water runoff be directed to the ditch and a fence be constructed on the property line within 90 days.

Mr. Booker said he would investigate the accusation of operating a home business on the property.  If so he will be given a violation notice and told to seek a variance or he would have to cease-and-desist.