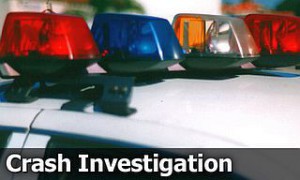 On Sunday January 7, at approximately 11:15 at night, Marshall County Police responded to a single vehicle accident on US 31 in the area of 5th Rd.

The vehicle, a 2003 Red Ford Escape was traveling south bound on US 31 when it began to lose control as a result of the “icy” road conditions.

After losing control, the SUV ran off the roadway into the median colliding with the cable wire fence system that was located in the median. The SUV came to a rest in the median.

County police spoke with the driver, 19 year old Erica McClellan of Rochester who said that she was south bound on US 31 when the vehicle in front of her applied their brakes causing her to apply her brakes. McClellan said she observed the vehicle behind her approaching at a high rate of speed and attempted to get out of the way so they wouldn’t collide.

McClellan was wearing her safety belt and as a result no injuries were sustained.

Wilson`s Wrecker Company assisted with the removal of the vehicle.