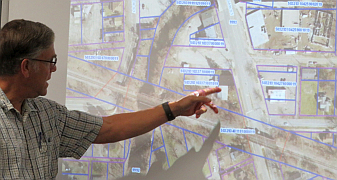 The Plymouth Plan Commission and Board of Zoning Appeals only had one item on their meeting agendas Tuesday evening, a request from the City of Plymouth.

The Plan Commission unanimously approved the city’s request to create a two lot subdivision at 200 South Michigan Street, the location where Bowen Printing operates their business.

Bowen Printing has been leasing the building for 36 years.  When the February floodwaters came they had 14 inches of water in the building.  Damages were estimated at $48,000 and while the city had insurance on the building the deductable was $100,000. 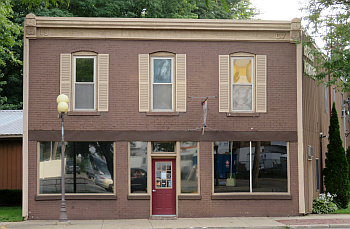 Negotiations began between the city and Dawn Smith, owner of the business.  The city agreed to sell the building for $2,500 if Smith would agree to separate the property into two parcels with the city retaining ownership of the western portion where several underground utilities are located.

The Board of Zoning Appeals had to approve a variance for the property split because the city’s zoning ordinance requires lot sizes to be at least a half an acre in a commercial zone.  The two lots created were .29 of an acre for Bowen Printing and .39 of an acre for the city. 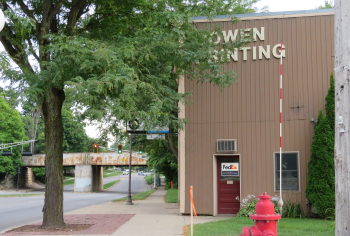 They also unanimously approved the variance request of the city.