Plymouth Woman Arrested and Charged with Welfare Fraud and Theft 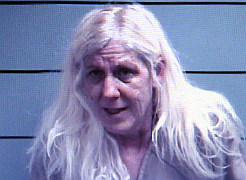 Marshall County Prosecutor Nelson Chipman announced Thursday the filing of two counts of Welfare Fraud and two counts of Theft, and the corresponding arrest of Hester Dills, 55 years of age, of Washington Street in Plymouth.  Chipman requested the assistance of Plymouth Police to effectuate the arrest authorized by Judge Robert O. Bowen after his determination that probable cause existed for the allegations raised.  Bowen set cash bond to secure Ms. Dills release in the amount of $1500.  Dills immediately provided $1500 and secured her release after booking.

Court documents reveal that Brett M. Yonkus, a Special Agent, Social Security Administration, Office of the Inspector General, from the Indianapolis field office of investigations for the Social Security Administration, alleged in an Affidavit for Probable Cause that Dills first applied for Supplemental Security Income Benefit Program (SSI) on November 23, 2005.  She reported at that time she was married and living with her husband and children in Plymouth.  Based upon the husband’s income, Dills was denied SSI benefits.

The affidavit goes on to allege that Dills again applied for SSI benefits on December 6, 2011 and in that application she stated she was not married and was living at the Washington Street address in Plymouth.  Based on her reported low income at that time, Dills was approved for SSI benefits and has received those payments until approximately February of 2017.  The total amount of payments received by Dills from SSI is alleged to be $45,284.

Special Agent Yonkus explains in detail in the court document that: “The SSI program is designed to provide a floor of income for the aged, blind or disabled who have little or no income and resources.  The program establishes that payment may be received as a right by those U.S. citizens or legally admitted aliens residing in this country who qualify as aged, blind, or disabled and who meet income and resource criteria. No work credits are necessary for entitlement under this program.  The eligibility of an individual who has attained age 65 or who is blind or disabled is determined on the basis of a monthly assessment of the individual’s income and resources.  The amount of the SSI check depends on how much other income and resources an individual receives, the living arrangements (husband and their income), and other circumstances that affect an individual’s financial needs.  Eligibility for the SSI checks, based on blindness or disability, depends on the severity of the applicant’s condition.  To be considered disabled, a person must be unable to engage in substantial gainful work because of a physical or mental impairment which has lasted (or is expected to last) for at least 12 months or which can be expected to result in death.  SSI benefits are not the same as Social Security benefits, even though the program is run by SSA [the Social Security Administration].  The money for SSI comes from general funds (taxpayer) of the United States Treasury.”

Chipman noted that it is very infrequent that a special agent of criminal investigations from the Social Security Administration appears at his office to seek assistance when the guidelines and requirements of a federal program are violated. “But it is our policy to lend that assistance to any law enforcement agency, from whatever department and from whatever level.  I consider it our duty, responsibility and honor to provide the enforcement mechanism when called upon.”

Dills received a date for her initial court appearance before Judge Bowen of January 16, 2018.

Readers are reminded that criminal charges are mere allegations and that the person so charged is presumed innocent of the allegations unless or until proven guilty in a court of law beyond a reasonable doubt.