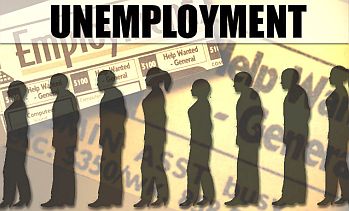 Marshall County’s November unemployment rate was 3.0 ranking us 63 of the 92 counties.  This rate is a tick up from the 2.9 in October and the same as September’s rate.  Looking back over the last couple of months Marshall County’s rates has been 3.6 in August, 2.9 in July, 2.6 in June and 2.3 in May and April.

Taking a look at the counties surrounding Marshall you will find Starke County who is 11th on the list with a rate of 4.1, the same as October’s rate.

Fulton County held steady with an unemployment rate of 3.2 the same as October and just a slight reduction from the 3.4 in September.

Other counties include Pulaski County whose rate was 3.3 in November a slight improvement from the 3.5 they have held for the past three months.  St. Joseph County is 32nd on the list of counties with a rate of 3.6…just a tick higher than their October and September rate of 3.5.  Kosciusko County remains near the bottom of the list of 92 counties…at 84th.  Their November rate of 2.7 is the slightest increase from their October rate of 2.6.  Elkhart County continues to have the lowest unemployment rate in the north central part of Indiana.   They are 90th on the list of counties with a rate of 2.5, up just a touch from the 2.5 in October and the same as their September rate.

The monthly unemployment rate is a U.S. Bureau of Labor Statistics (BLS) indicator that reflects the number of unemployed people seeking employment within the prior four weeks as a percentage of the labor force. Indiana’s labor force had a net decrease of 15,398 over the previous month, which was a result of 5,516 unemployed residents no longer seeking employment, and a 9,882 decrease in residents employed within the past four weeks. Indiana’s total labor force stands at 3.32 million, and the state’s 63.9 percent labor force participation rate remains above the national rate of 62.7 percent.

In addition, Indiana’s initial and ongoing unemployment insurance claims are at historical lows.