Boocher Arrested for DWS with a Prior on Christmas Day 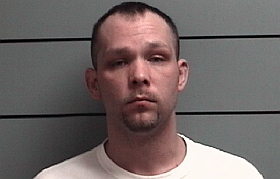 35 year old Ryan Anthony Boocher of Rose Road was stopped on Michigan Road, south of Tyler Road about 1:45 a.m. by County Police Officer Wozniack.  During the traffic stop it was found that Boocher was Operating While Suspended with a prior charge.  He was lodged in the Marshall County Jail on a $750 cash bond that was paid at 6:30 p.m. and he was released with a January 30, 2018 court date in Marshall Superior Court II.