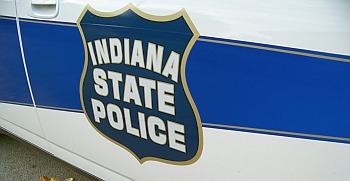 On Sunday, December 17, around 1:00 a.m., Indiana State Trooper Kyle Glaze, made a traffic stop on a Nissan Altima for a moving violation on SR933 near Pendel, ultimately arresting two area men.

While Glaze was talking to the driver of the Nissan, Lucas Garrett, age 36 of North Liberty, three officers with the St. Joseph County Police Department arrived to assist.  Glaze had become suspicious of possible drug activity and conducted a free-air sniff using his K9 partner, Nala. After a positive alert, a search was conducted on the Nissan.