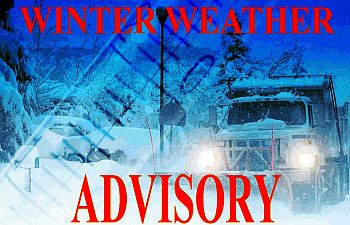 Residents can expect lake effect snow with an accumulation of 2 to 5 inches and localized amounts up to 8 inches are expected.

Citizens should plan on slippery road conditions, including during the evening commute on Tuesday.

Winds gusting as high as 40 mph will lead to considerable blowing and drifting snow.