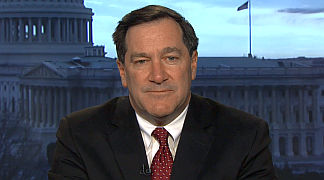 Washington, D.C. – U.S. Senator Joe Donnelly’s provision requiring a comprehensive strategy from the White House to confront the threat posed by North Korea was signed into law today by President Trump as part of the annual national defense bill.

In September, Donnelly’s amendment requiring the administration to bring to Congress, within 90 days of enactment, a strategy to address North Korea’s threat to our country and our allies, passed as part of the bipartisan National Defense Authorization Act (NDAA). Donnelly spoke on the Senate floor then about his amendment.

Donnelly, a member of the Senate Armed Services Committee, said, “North Korea and the Kim regime pose a serious threat to our national security. Now that the defense bill has been signed into law, the Administration has 90 days to bring to Congress its strategy to confront this threat. We must show the American people and our partners and allies around the world that we have a comprehensive strategy to address the Kim regime’s nuclear weapons program, and I look forward to reviewing the Administration’s plan.”

Other provisions pushed by Donnelly that were signed into law in the final national defense bill, included several recognizing the critical contributions made by Hoosiers to our national defense: