On Sunday, December 3rd, at 2:52 in the morning an officer with the Marshall County Sheriff’s department initiated a traffic stop on a red 1996 Ford Explorer in the area of US 30 and Beech Road for exceeding the maximum posted speed limit. 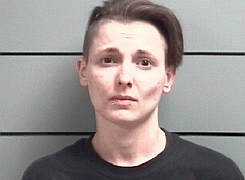 The driver of the vehicle, 22 year old Kaylan R. Mikel of Warsaw was found to be operating on a suspended driver`s license and had an active warrant through Kosciusko County. 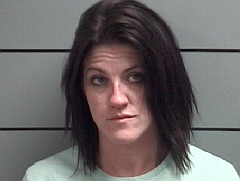 Through the investigation, a passenger in the vehicle, 29 year old Anna G. Tackett of Kentucky, was found to be in possession of methamphetamine and was found to have an active federal warrant through the United States Marshal Headquarters.

The vehicle was searched and officers located approximately 200 grams of marijuana in the vehicle packaged in large quantities.

Mikel was held on a $3,000 cash bond for Possession of Marijuana and Dealing in Marijuana.

Listeners and readers are reminded that charging information supported by an affidavit of probable cause is merely an allegation that a crime has been committed and that there is only probable cause to believe a crime has been committed.  They are presumed innocent throughout the proceedings and are entitled to be represented by counsel and entitled to a trial by jury at which the State is obligated to provide proof beyond a reasonable doubt before a judgment of guilt may be made.